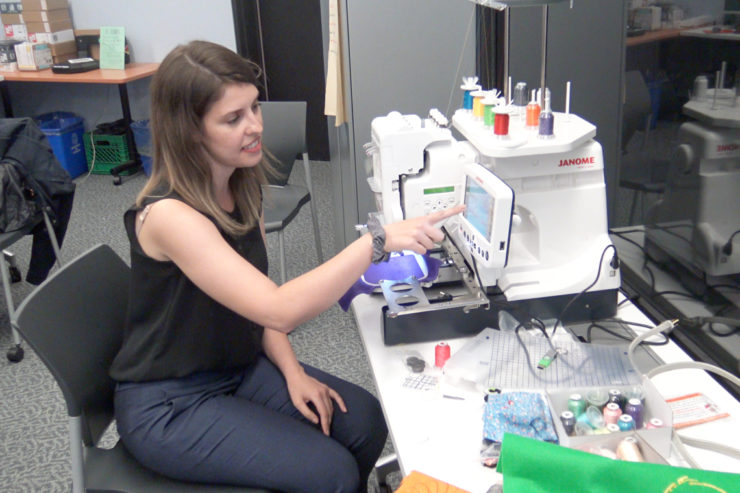 Have you had the chance to visit a Makerspace? If not, what comes to mind? If so, how would you describe it to someone who’s never been?

By definition, a Makerspace is a “collaborative workshop that supplies equipment and technology, such as: 3D printers, soldering tools, industrial sewing machines, etc., for creative projects”. If we dig a little deeper into the history of the Makerspace, we’d see that it’s a space that is open to interpretation, based on the things we design and create within them.

In 2001, Professor Neil Gershenfeld created the first Makerspace at MIT, called the Fab Lab. This was a lab available to students to experiment with different fabrication technologies, milling equipment, electronic tools, and different computer software. Gershenfeld started a trend that caught on around the world, as academic institutions and independent makers began to create their own labs and makerspaces.

Shortly afterwards, this Do-It-Yourself community had its very own print-publication when Make Magazine came onto the scene in 2005. The magazine showcased independent art, electronics, and devices made by amateurs and professionals. This was encouraging and proved that makers can be anyone with the drive to create new designs from scratch. The magazine would also launch the Maker Faire, where makers would showcase their work, host demonstrations, workshops, and DIY competitions. This was one of several independent fairs that helped unite the maker community during its early stages.

The popularity of both independent and academic-based makerspaces led to different styles of makerspace, including:

1. Fab Labs – Modelled after the MIT Fab Lab, there are several Fab Labs worldwide today. What sets the Fab Lab apart from a standard makerspace is the focus on industrial scale production, and tasks like milling and fabrication.

2. Hackerspaces – This is a space where computer and programming-based hacking, tinkering and program creation takes place. Programmers and programming enthusiasts get together to share, test, and try out computer programs and applications.

3. Mobile Makerspaces – Even on a tight budget, you can convert a portable tool cart into a mobile makerspace. Portable makerspaces are affordable choices for elementary and high schools.

A makerspace is what you make it; if the willingness is there to make and create, it can be any space, room, toolbox or craft kit. Colleen Graves, a librarian and Director of Community and Creative Content for Makey Makey agrees: “a makerspace is not only a place where you can make stuff but many times it’s a place where you make “meaning” which many times is more important than the stuff you make.”

KMDI-Semaphore at the Faculty of Information has it’s very own makerpace. Our makerspace has a good combination of technology and art gadgets which can allow anyone’s mind to expand regardless of their academic discipline. Click here for current drop-in hours and see what gadgets and workshops we offer.