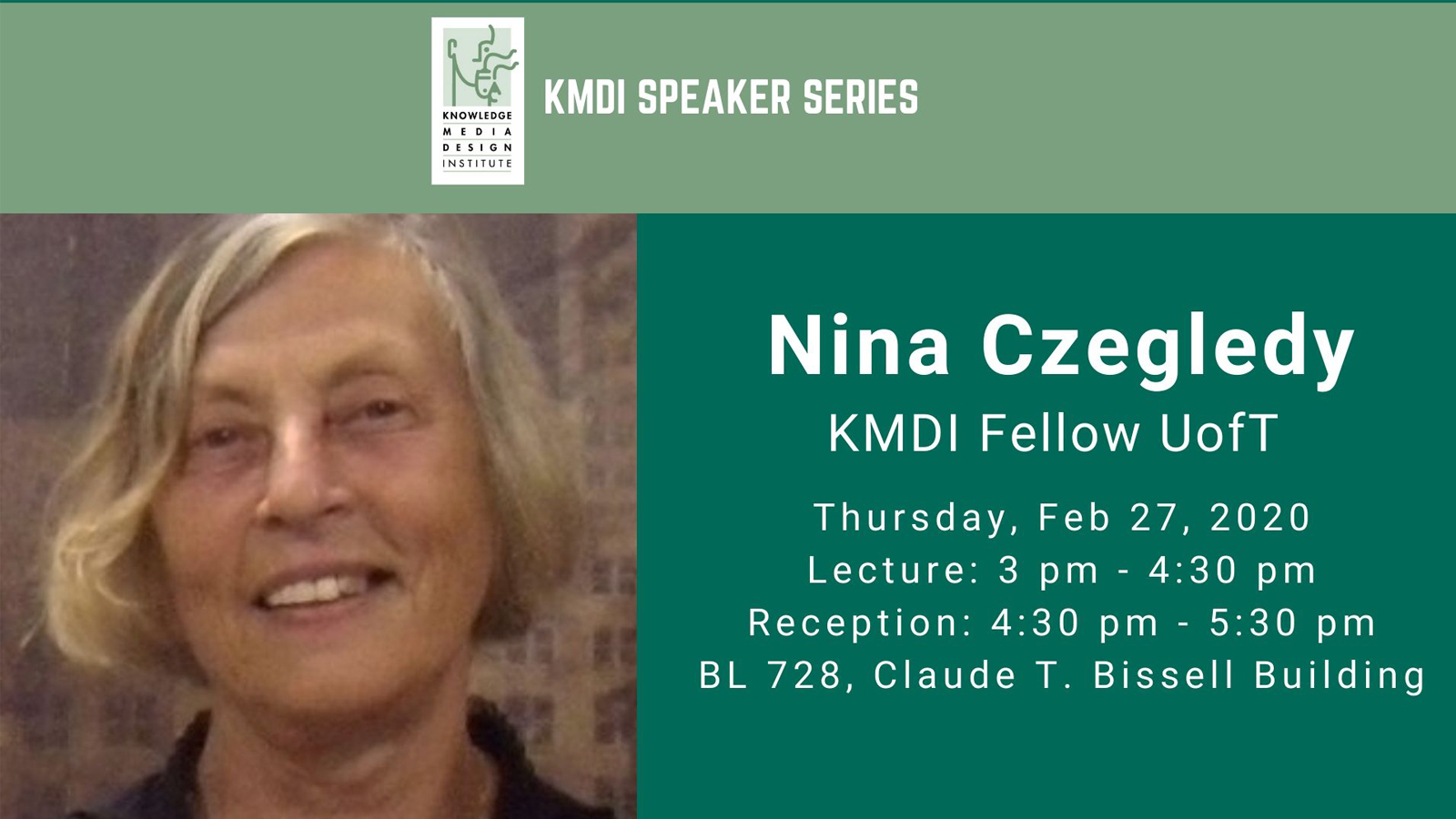 Nina Czegledy, independent media artist, curator, and researcher, based in Toronto, Canada. She collaborates on international art & science & technology projects. The paradigm shifts in the arts in a cross-cultural context, interdisciplinary education, eco art and inter-generational issues inform her collaborations.

Vicissitudes of a Transdiciplinary Maverick

According to my CV, I am an independent artist, curator and researcher in the field of art, science and technology. In reality I work as a “connector” or in other words a Transdiciplinary Catalyst between diverse disciplines in different cultural contexts.

Originally, the term “catalyst” was used in chemistry for the volatile chemical element in a formula, however “Catalyst” has different functions in diverse cultural contexts.

The beginnings: my arrival to Canada several decades ago as a very young refugee from Central Europe, training first in biological research and afterwards in the arts in Toronto will be introduced very briefly.

To clarify the contextual background of my practice in Transdisciplinarity: it occurs when two or more discipline perspectives transcend each other to form a new holistic approach. The outcome will be completely different from what one would expect from the addition of the parts. Transdisciplinarity results in a type xenogenesis where output is created as a result of disciplines integrating to become something (hopefully) completely new (1).

The term maverick is used to refer to individuals who often take an independent unconventional, nonconformist stand and prefer to blaze their own trails. Mavericks are not scared to cross the line of conformity, intriguingly their unorthodox tactics often lead to results!