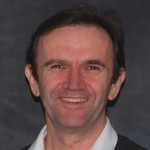 He is also a Visiting Scientist at the IBM Centre for Advanced Studies. He joined the University of Toronto as an Associate Professor of Industrial Engineering in 1990.

Chignell received a B.Sc. (1st class Hons.) in Psychology from the University of Canterbury, New Zealand in 1977, and an M.S. in Industrial and Systems Engineering, from the Ohio State University (1984). He has a Ph.D. in Psychology (specializing in mathematical psychology) and his supervisor was Professor Robert A. M. Gregson from the University of Canterbury, New Zealand (1981). He was also an Assistant Professor at the Department of Industrial and Systems Engineering, University of Southern California from 1984 to 1990.

Chignell has coauthored several books, including two books on Intelligent Databases and one book on Expert Systems.

He participated in an 2003 experiment which gave doctors online access to medical databases through a handheld iPAQ PC, which led to changes in the decisions the doctors made.

Chignell was the general chair of ACM Hypertext 2010. His 1991 paper with John Waterworth situated hypertext within a model of information exploration that considers both search and browsing.

In 2003, Chignell founded Vocalage Inc., a company that does usability consulting, outsourced research, and software development.