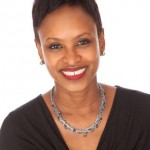 As part of its interdisciplinary status within the University of Toronto’s iSchool, KMDI continues to evolve and improve through the contributions of its innovative faculty members.

KMDI recently spoke with Dr. Rhonda McEwen. Dr. McEwen is known in the knowledge media community as a researcher on the effects of media and sensory information processing. She is an assistant professor at the University of Toronto’s Institute of Communication, Culture, Information and Technology and joined the iSchool in 2010.  Dr. McEwen holds a PhD from U of T’s Faculty of Information; a MBA in IT from City University in London, England; and an M.Sc with honours in Telecommunications from the University of Colorado, amongst many other accomplishments.

With all of her achievements, Dr. McEwen continues to contribute significant perspectives on accessibility to KMDI, through her research and collaborative work.

When asked what interested her in focusing her work on the negative effects of media and sensory information processing, she mentioned social consequences as being an interesting factor – particularly in the usage of tablet devices and the “cognitive consequences of using tablets.”

Dr. McEwen’s key focus really took shape after she was invited to work on a project at an elementary school in Toronto with children with disabilities. Dr. McEwen has been part of the project titled, “Children’s Participatory Learning with 3D Printing”.

She describes the importance of the project in the context of knowledge media design as a combination of three things.

“Children (are) learning to use 3D printing in unconventional circumstances. We looked at how children will process two dimensional objects and then relate it to three dimensional printing.  The whole idea of participation and how the children see themselves in creating an object is important in this context. How do they see themselves in relation to an object and what kind of ownership do they experience?”

There have been strong findings in the research of different 3D design interfaces. “A lot has been implemented in design of software,” Dr. McEwen said. One special example of this can be seen in studies of the autism spectrum. Companies have started have to implement aids in the design of software.

McEwen has been working with different teams on research surrounding mobile communications and smart phone usage. In a case about senior executives, and their everyday Blackberry usage, they found that a major contributor to use was the expectations around productivity.  From profit to non-profit and government sectors, they noticed that there were a lot of differences.

When it comes to mobile communications, McEwen’s research has shown that there are “lots of consequences.”

“There are new concerns settling about the way children learn and how they engage in social interactions,” McEwen said.

Some of her research has included looking at high school students going to university and how they now engage in the world around them.

When asked what her hopes for the future of human interaction with digital technology, McEwen said she hopes that things will evolve.

“I hope to see developers work on apps with sense of what children actually do vs what developers think they do. They should be mindful of cognitive levels. One app does not fit all,” McEwen said.

Thank you, Dr. Rhonda McEwen, for sharing about your work and contributions to the world of knowledge media. You can check out more about Dr. McEwen here.
-written by Raquel A. Russell