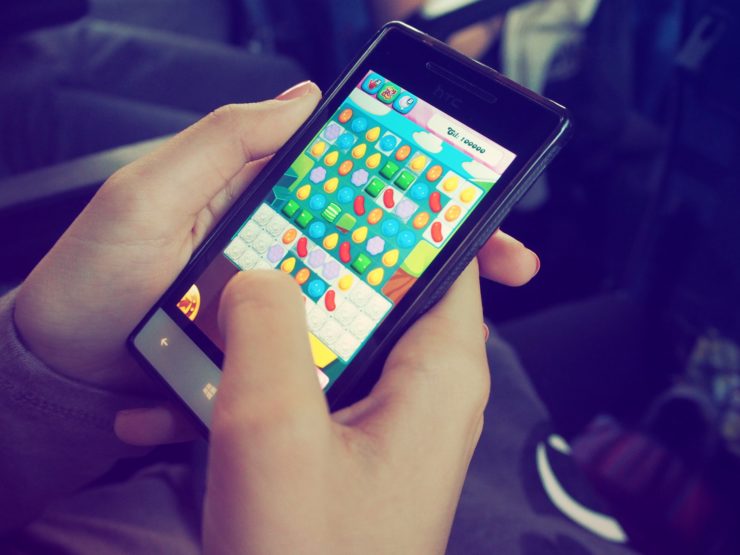 During the summer of 2021, the In-Game Ads study was conducted to analyze the content and age-appropriateness of third-party advertisements that appear in children’s mobile games on iOS and Android platforms. Under the supervision of Dr. Sara Grimes, Research Assistants Mary Ellen Brown and Gozie Nwaka sourced and documented data pertaining to ads present in mobile games rated as “age appropriate” for children aged 6 and younger. The selected games were compiled from the Top 100 Kids Apps and Top 100 Games lists from the App Store and Google Play Store respectively. The initial motivation for this project was rooted in the experiences of Dr. Grimes’s children navigating the embedded advertising that occurs in their day-to-day mobile gaming play. One example of this was of particular concern:

While playing an  iPad game rated 4+, Dr. Grimes’s then 4 year-old son encountered an advertisement for “Kick the Buddy: Forever”, a game rated 12+ (for players aged 12 years and older)  developed by Play Legendary. In this ad, the character appeared to “bully” the viewer of the ad by calling them a “loser” saying other aggressive phrases such as, “hah, you suck!”. The ad also contained cartoon violence and depictions of weapons used to inflict pain on the main character, Buddy.

The result of this encounter caused distress for Dr. Grimes’s son, which brought to attention the potentially harmful discrepancy between children’s mobile game content ratings and the ad content that appears in them. The work conducted in this study serves as a starting point to deepen our understanding of “age appropriate” game design (AAGD), as it is experienced, conceptualized and practiced by those who make and play children’s games.