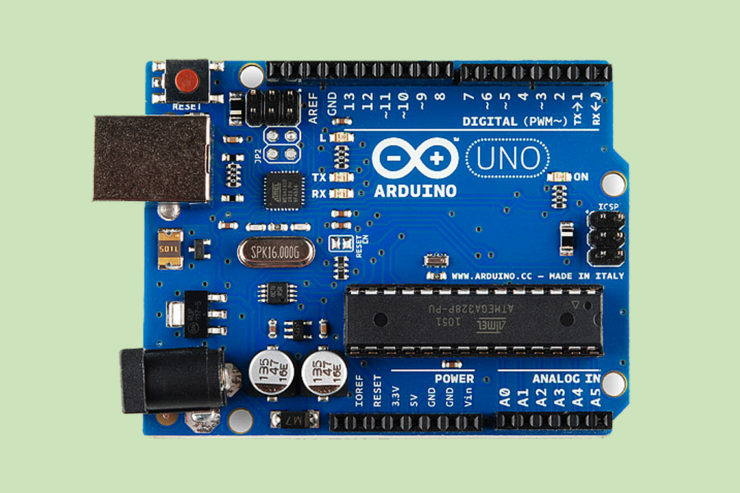 You might have come across the term “Arduino” while browsing tech blogs, textbooks, or from (fellow) tech enthusiasts. If not, according to Techopedia an “Arduino” is an open-source electronics platform or board, and its accompanying software for programming. Arduino is designed to make electronics more accessible to artists, designers, hobbyists and anyone interested in creating interactive objects or environments. Users can adapt the boards to their needs, as well as update and distribute their own versions.

Introduced as a means to involve novice programmers into the world of computing, Italian developers designed the Arduino system as a simple gadget and an international platform that would be free to access. Similar to digital platforms that erase borders and engage a wide array of users – akin to Wikipedia, or GitHub – much of Arduino’s mystery relates to its simplicity and accessibility. There is an array of resources online, to not only engage with the community but to also design your very own Arduino board.

Whether you are interested in designing a robocar, a thermostat, or perhaps you intend to curate an interactive art exhibit, the Arduino system allows for users of all levels of expertise.

The possibilities are endless; however, major cultural institutions have taken a liking to this affordable and accessible gadget. Did you know that the American Museum of Natural History (AMNH) and the Museum of Modern Art (MoMA) in New York City, have both used the Arduino to showcase interactive media exhibits?

“The Arduino has changed the way we can create and build exhibits…in the past, we would have used 50 percent of our budget on computers that have now been replaced with the simplicity of the Arduino.”, Helene Alonso, Former Director of Interactive Exhibits at the American Museum of Natural History

The ease and accessibility of the Arduino ecosystem has proven to be especially useful for DIY enthusiasts, artists, and curators at prestigious museums and galleries alike.

How does it work?

Users program desired functions and tasks using the Arduino Integrated Development Environment (IDE). From there, the code – or “sketches” – are uploaded into the microcontroller through a USB cable connecting the board to a computer. This allows for the device to interpret input signals and deliver said outputs, as users are able to integrate its use with external cameras, cameras, smartphones, and the internet. The Arduino board is capable of controlling LED lights, sensors, fans and operating simple automated devices.

The Arduino has come a long way since its inception in 2005, and there are several Arduino circuit boards for you to examine at KMDI-Semaphore Makerspace.  The U of T community is welcome to come during our drop in hours and explore how the Arduino helps bring digital creations come to life.

The intricate connection between digital and physical worlds takes centre stage at the KMDI-Semaphore Makerspace.