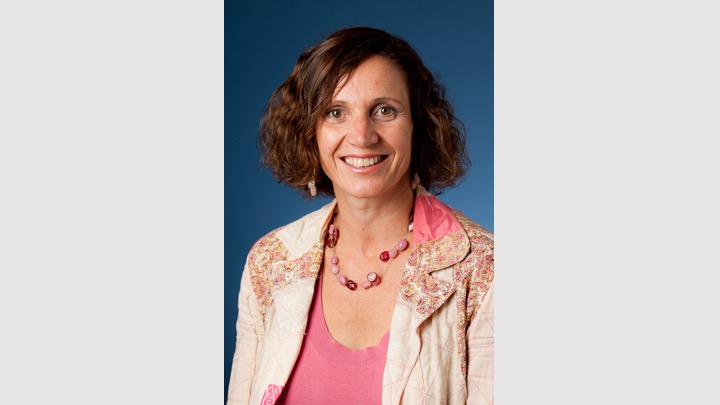 Engaging and transformative works from minds like Dr. Kelly Lyons, inspire the direction and evolution of KMDI. 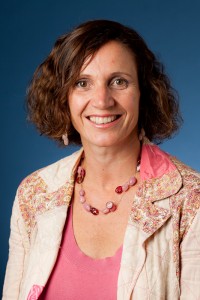 Dr. Lyons is an associate professor at the University of Toronto’s Faculty of Information, holds a cross appointment with the U of T Department of Computer Science and is a member of the Executive Committee of KMDI.

Before joining the U of T iSchool in 2008, Dr. Lyons was the Program Director of the IBM Toronto Lab Centre for Advanced Studies (CAS).  Similar to the collaborative aims of KMDI, CAS partnered with university faculty members and graduate students to apply research to software products that were built in the IBM Toronto Software Lab. She was the Director when the CAS Toronto partnerships won the NSERC Synergy Award for Innovation.  Of this proud moment Dr. Lyons said winning the award was a huge honour for two reasons.

“First, I was part of CAS since its very early days.  I became a CAS Fellowship Student in the last two years of my PhD studies in 1992.  I then worked in CAS as a Research Staff Member and Principle Investigator.”

She later became a manager in Database (DB2) Performance at IBM and sponsored CAS projects and worked with CAS Students.  In 2004, she became the Head of CAS.

“It was extremely rewarding to see the organization I had spent so much time working with and in receive that honour.  It was tremendous to share the honour with university colleagues I had known and worked with since I was a PhD student.  The other very rewarding aspect of that award was the process of preparing the nomination package.  It was a huge amount of work, but our team [worked] extremely well together to pull everything in to the nomination.  It was extremely gratifying to see the successes of CAS in print.  We were very proud of that nomination and would have been so whether we won the award or not.”

Some of Dr. Lyons’ research looks at social features and service systems interactions. A service system can be anything from a Pizza Pizza app to the Faculty of Information, KMDI, and/or the University of Toronto. Of the uptake of social features in the service science community, Dr. Lyons shared some thoughts on the shift.

“Until recently, organizations have focused on social media and social networking sites as opportunities for marketing and brand awareness.  Increasingly, organizations are using social tools to support work and collaboration within their organizations and with their partner and client organizations (see, for example, https://communities.ca.com/welcome).  For example, KMDI would benefit from creating a social space online for people to engage with one another.  It requires social systems in the form of technology, but also a culture in which people spend time in that space with one another.”

Dr. Lyons is also interested and invested in initiatives that promote women in technology. When asked if there had been a significant increase of women in science in the last twenty years, she understandably said that that depended on the area of sciences and technology.

“Biological sciences have had significant increases in numbers and percentages of women in the last few years.  Computer science has seen a decrease in the number of women the past thirty years.”

In an effort to change this downward trend, Dr. Lyons has been on the Steering Committee of the Ontario Celebration of Women in Computing (ONCIWIC) and has co-chaired the second annual ONCWIC conference with Professor Renee Miller in the Computer Science department at U of T.

“Since the first time it was run in 2010, we have seen tremendous increases in the number of participants and the amount of sponsorship funding for the conference.  We recently amalgamated with the Pacific Northwest Celebration (PNW-CWIC) and the Atlantic Canada Celebration (ACCWIC) to form a Canada-wide conference for women in computing called, CAN-CWIC http://www.can-cwic.ca/ .  We are very excited about the support this conference has received over the past years and we are looking forward to the start of a bigger, more encompassing event.”

As KMDI gets closer to celebrating 20 years, the changes that have taken place in relation to the internet and social digital systems are very apparent.  Of how research that comes out of KMDI can have a hand in shaping the next twenty years of innovation and knowledge media design, Dr. Lyons shared some final thoughts.

“Digital systems now impact every aspect of our lives.  Twenty years ago, these technologies were most apparent only in business and government.  Now, there is no aspect of what we do that isn’t somehow connected to the digital world.  Research that comes out of KMDI has an obligation to consider the far reaching and pervasiveness of technology and digital systems.  This is where we will make our most important impact through our innovations.”

Thank you, Dr. Kelly Lyons, for sharing about your endeavours and contributions to the world of knowledge media.
-written by Raquel A. Russell