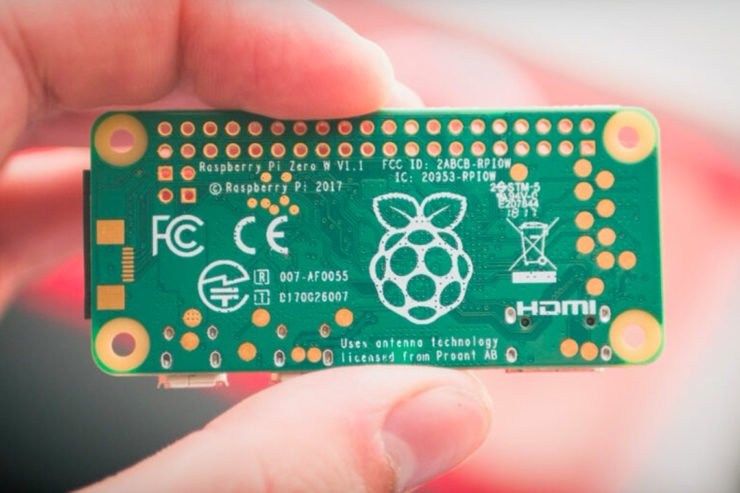 “When I first heard the term Raspberry Pi, I wondered why they would name a tech gadget after a desert. Apparently, in the old days a lot of computer companies were named after fruit. Apple, Apricot Computers and even Tangerine computer systems. Now the bigger mystery is what is an actual Raspberry Pi?”

The Raspberry Pi is a small, credit card sized, computer with the power of a full computer but at a fraction of the price. This little Pi has given us the ability to synchronize our windshield wipers to the beat of our music (something personally, I’ve always wanted) and they’ve even made it into space on the International Space Station! The Raspberry Pi Foundation invented the Raspberry Pi Computer in an attempt to popularize computing and digital making. Moreover, it provides a low cost accessible option to teach programming in schools. Who knew how far and wide these microcomputers would travel.

When the Raspberry Pi launched globally there was a wider interest base than expected. Before this small microcomputer, mini-computer chips were not easily accessible to the public and available for programming. Now, this mini computer is used in a wide variety of creative projects by all ages and skill levels.

The Raspberry Pi Foundation initiated the Picademy for teachers to help integrate these microcomputers into schools and engage students. Picademy is the Foundation’s professional development program certifying teachers and educators on the power of computing and Raspberry Pi. Volunteer-lead clubs such as Code Club and Coder Dojo span thousands of locations in over a hundred countries that use Raspberry Pis to teach children and teenagers how to code, make and build. While seemingly small, these school projects build up to real world applications in machinery and robotics. They set a strong foundation for children to learn and innovate in the tech world.

The school projects vary from video games to science projects and robotics. Minecraft is a creative video game popular with teens. With the Raspberry Pi comes a special edition of Minecraft that allows players access to a programming interface. Using Python code, they can interact with and manipulate the Minecraft world at a deeper level. Meanwhile, in a science class, the students can use the Pi with a small infrared camera to build a bird box and watch them nest. Also, students can delve into the exciting world of robotics. With a few motors and controllers and some guidance, anyone can make a little buggy or a more complex maneuvering robot.

The Pi has even made it above and beyond this world – reaching outer space. In 2014, the Raspberry Pi Foundation announced the Astro Pi project in partnership with the European Space Agency to place two Raspberry Pis on board the International Space Station and ran student-lead experiments. Meanwhile, NASA even used the Pi to create a mini remote controlled rover (based on the Curiosity rover sent to Mars) to engage the public. Like these projects, the novelty of the Raspberry Pi allows for the exploration of new avenues in science and technology in ways that were not previously possible or affordable.

Do you feel inspired by the endless possibilities of the Raspberry Pi? Imagine what you could do if you got your hands on a Raspberry Pi! Come use our Raspberry Pis and learn all about them at our Makerspace Lab. The KMDI-Semaphore Makerspace is open to all U of T students the broader U of T research community.