We might not be able see them, but lasers are all around us. Laser cameras and sensors are used in so many different types of technology. Laser cameras are used everywhere from motion sensors, smartphone face detection and Car Auto-pilot safety sensors.

There are so many uses for lasers in today’s world, you may not even be aware of their presence.  Here are some examples:

A laser is a type of light that differs from normal visible light. Firstly, lasers do not occur naturally, they must be artificially created.  Second, and more importantly, laser light beams have uniform wavelengths. A wavelength is the distance between two peaks in a wave. The wavelength consistency makes it predictable and controllable unlike regular light, (Ex. from a flashlight). This is what allows the laser to be controlled onto a single point, just like laser pointers used in presentations. 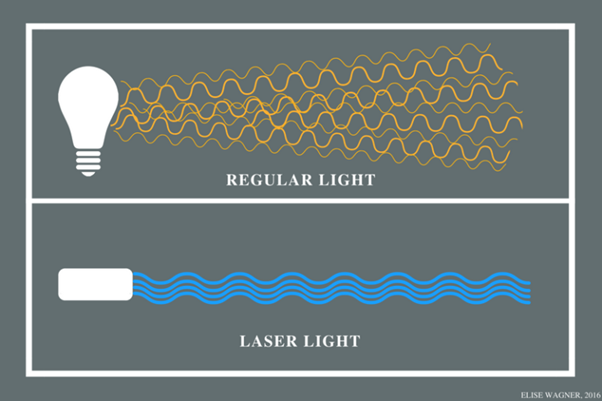 Depth-sensing cameras use lasers in a specific way. Laser cameras are a type of sensor that can measure distances and map 3-Dimensional objects from up to a kilometer away. The camera emits a laser light towards a scene and waits for it to reflect back to its sensor. The Time of Fligt (TOF) of the laser is used to calculate the depth of the object.

The Laser Camera in the KMDI Makerspace was used to construct this 3D model of the Inforum pod and chair, you can even slightly make out some of the other furniture on the sides.

“That’s the beauty of this system, each laser pulse [beams] contains many photons, but we only need one photon to return for every 10 optical pulses [beams].”

Simply put, laser cameras are used to precisely measure variable distances (depths). These measurements can then be translated to identify the shape or location of an object. The depth sensing method is how devices such as Apple’s iPhone unlocks by detecting your Face ID. They call it the TrueDepth Camera.

Even cars use depth sensing technology in collision detection sensors. These sensors can keep track of pedestrians and the distance to other cars on the road. By tracking the distance of a car ahead, the sensor can react faster than a human to apply the breaks and safely stop the car. But the more fun and engaging uses are in video games such as Microsoft’s xBox Kinect camera and Virtual Reality headset sensors.

The older Kinect camera used in video games uses this depth sensing technology to locate the player’s body allowing them to directly control the character in the game. A handheld controller is not needed so the players feel like they are directly in the game. When virtual reality (VR) games were later developed they were also based on this technology. A set of sensors detect the players’ movements and which way they are looking in a room. (Read more about VR technology and its uses in our article).

The most popular style are these sports or dancing games. Instead of sitting on a couch using a controller to move a character on screen, the players become the characters and have to physically move. These games are not only fun but also provide a healthy video game alternative. 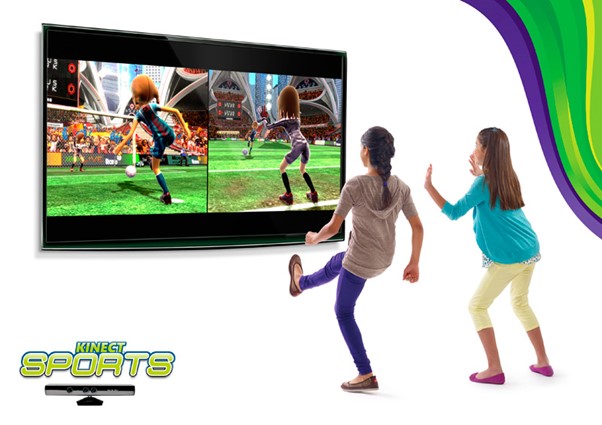 This Laser Camera technology has been in development for a few years now and it’s starting to quickly grow into day-to-day use. Currently, the KMDI Makerspace is closed, however the Laser Cameras and VR Consoles would normally be available for U of T students during Makerspace Hours.